Because You Wouldn't Play Tennis With Freddy 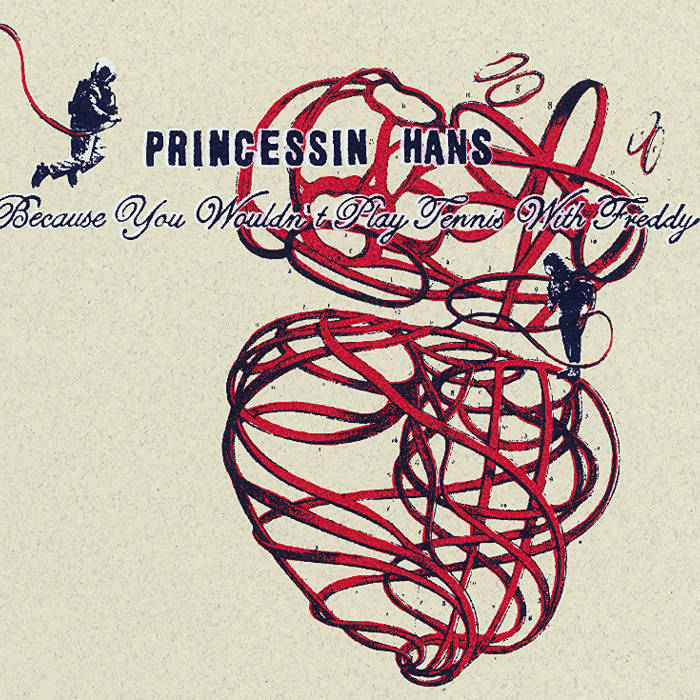 "A punch-up between Antony Hegarty and The Sex Pistols who have become the biggest queer proponents of Berlin chanson."
Zitty, November 2011

“[Princessin Hans] don’t only know how to counteract clichés, they also know how to write topnotch melodies and have a knack for offbeat arrangements.”
taz, June 2012

ALBUM REVIEW
A new genre needs to be created for Princessin Hans: Queer Jazz. And "queer" can just be crossed out again straight away - the music is simply good Jazz. The album, with its unwieldy rejection in the title, impresses on so many levels. Hans Kellett (vocals) and Jörg Hochapfel (musical genius) have recorded an album that strikes every mood, and which oscillates between the grave and the beautiful, between broadly grinning and deeply touching.

The musical arrangements are complex but never narcisscistic, playing adeptly between chanson, jazz ballad, polka and improvisation. Han's voice is sometimes a force of nature, sometimes as carefree as Sally Bowles, and then once again fragile like an old, beautiful, cloudy glass in the garden shed.

All of this is the pervasive strength of the album: Princessin Hans have the grandeur, the skill and the neccessary panache to become the Next Big Thing - and act of the kind we haven't heard since the early Georgette Dee. At the same time they are fresh, vivacious and up-to-date, Berlin and international.

What would Sally Bowles be doing these days? She'd surely be Princessin Hans' greatest fan!

"Princessin Hans" is a band from Berlin with core members Jörg Hochapfel and Hans Kellett. Hans has been active in the Berlin queer and punk scene since 2003 and was described by the French press as "the perfect mixture of Pamela Anderson and Rasputin" after performing at Moulin Rouge, while Jörg spent the past years ignoring the borders between Jazz, Pop and Experimental Music. ... more

Bandcamp Daily  your guide to the world of Bandcamp