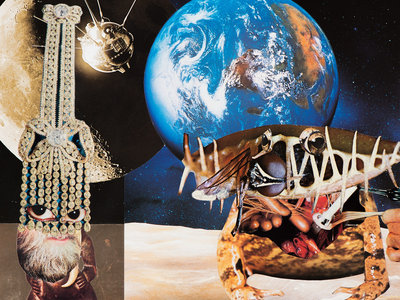 ships out within 7 days
edition of 100

"Princessin Hans" is a band from Berlin with core members Jörg Hochapfel and Hans Kellett. Hans has been active in the Berlin queer and punk scene since 2003 and was described by the French press as "the perfect mixture of Pamela Anderson and Rasputin" after performing at Moulin Rouge, while Jörg spent the past years ignoring the borders between Jazz, Pop and Experimental Music. ... more